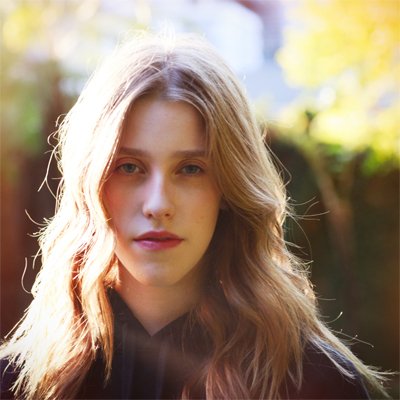 When she was just nine-years-old, Willa Amai started writing songs sparked by inspirations of all kinds, from the Regina Spektor records her mother played during bathtime to the poetry books she’s long collected. Over the next few years, the L.A. native amassed a body of work revealing her lyrical complexity and magnetic vocal presence, along with the imaginative melodies she partly attributes to synesthesia (a neurological phenomenon in which one sense triggers the perception of another sense, such as seeing letters and words as color). Now 15, Willa has begun sharing her music with the world, showing the extraordinary depth of her narrative voice and the subtle power of her songwriting.

Since contributing a spellbinding ballad called “Scars” to the Served Like a Girl soundtrack in 2017, Willa has enchanted audiences with songs like her stripped-back and stunning cover of Daft Punk’s “Harder, Better, Faster, Stronger”—a track that’s amassed over 6 million YouTube views and more than a million streams following its feature in a Clio Award-winning TV spot for QuickBooks. She’s also won acclaim for her gently breathtaking rendition of Dolly Parton’s “Here You Come Again” (recorded with Dolly herself and featured on the Dumplin’ soundtrack), with Esquire praising the duet as “truly exceptional” and “one of the few moments that an accompanying voice is able to keep up with Parton’s” and Refinery29 hailing their interaction as “a passing of the torch.”

On her new single “Trampled Flowers,” Willa brings her quietly captivating voice to a wistful reflection on longing and broken hope, imbuing every line with a soulful vulnerability. But while it begins in Willa’s fragile vocal delivery and delicate piano work, the track soon opens up into a harmony-laced epic that’s undeniably life-affirming. And for the beautifully cinematic video for “Trampled Flowers”—directed by Mark Romanek, the acclaimed filmmaker known for his work with artists like Beyoncé, Fiona Apple, and Madonna—Willa enlisted her grandmother to play an older version of the song’s narrator, adding another layer to her nuanced storytelling.

In each moment of “Trampled Flowers,” Willa builds a mesmerizing tension between her wide-eyed perspective and refined musicality, a quality she first honed by learning to play piano at age four. After discovering a love of poetry in third grade, she began to experiment with crafting lyrics of her own. “I had a little notebook I wrote all my songs in, and I’d sing them to my piano teacher and she’d show me how to play them,” Willa recalls. From there, she became more and more fascinated with songwriting, often turning out three tracks a week, mining inspiration from the world around her and all those who inhabit it (her closest friends, her kid sister).

Through the years, Willa broadened her sonic palette by taking up guitar and ukulele, self-recording all her material via her computer’s Photo Booth app. When she was 12-years-old, a family friend introduced her to multi-platinum, Grammy Award-nominated producer Linda Perry (P!nk, Gwen Stefani, Christina Aguilera), for whom Willa played a fragment of a piece she’d recently written. “I was terrified,” Willa remembers. “I got through maybe half the song and Linda was just silent, and then she looked at me and said, ‘Come back in three months with five more songs.’” By the time they met again, Perry offered to record an album with Willa, and soon signed her to We Are Hear—the label/publishing/management company she co-founded with multi-platinum producer Kerry Brown (Smashing Pumpkins, Miley Cyrus).

As she’s immersed herself in the making of her forthcoming debut album, Willa has felt her songwriting expand and evolve. “There are so many little things that I never paid attention to before—like the space between words, and the power of silence,” she says. “Now that I’m aware of those things, it feels like my songs have more weight to them.” At the same time, she’s also kept up with the instinct-driven process behind her refreshingly unaffected songwriting. “When I’m writing it’s almost like I’m turning on a radio,” she says. “It might take a few seconds to find a station that comes through, but once I do find it, it’s just right. It’s like the song already exists, and my job is to pull it out of the air and into the world.”

For Willa, the act of bringing songs to life has always served a certain emotional purpose. “I feel like my mind is always going a mile a minute, and music’s like an escape from that—a way to slow down and breathe, because time doesn’t move when I’m writing,” she says. And as she releases her music for the first time, one of her greatest hopes is for that sense of solace to transfer onto each listener. “There’s a song of mine called ‘Tell Me,’ which is like a lullaby I wrote to myself because I’d had a bad day and needed to try to feel better,” says Willa. “I didn’t intend for anyone else to ever hear it, because it’s so specific that I didn’t think people would get it. But that’s what I’ve found: the more specific you are, the more people can relate to you. And if someone can see their own stories in even just one of my songs, that’s really all I need.”